THE LAST WORD IN PEEK DEVICES

CHECK OUT THESE REVIEWS 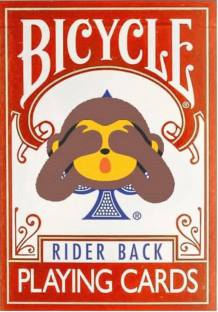 The best peek device on the planet

No peek wallet offers this much innocence

No peek wallet allows this much freedom for writing

No peek wallet allows this much capacity for information

No peek wallet allows this much ease in peeking

WHAT FOLKS ARE SAYING

I love this peek concept. Just got mine and had it up and running within about 15 minutes of reading the very well thought out instructions. As a matter of fact the gimmik is so well thought out and hand made that it is the most innocent peeking device available. Selling all of my peek wallets now. No more reason to have one.
A peek so natural. So fair. So clean. This is it. Using something you naturally would have on the table. Eddy, you are a genius my man!
Wow! This is brilliant. Great job with the gaff box and the clear case? Genius. The handling is easy to pick up in a few trys. And absolutely natural. This really is the holy grail of peeks.
I really like the whole kit this comes with. The protective plastic case the box goes in not only keeps it from getting worn, but plays a role in the deceptiveness and is helpful in getting the peek as well as re-peeking.
This is one of the easiest peeks to get. No sleights. No funny moves. Nothing difficult to execute. The spectator puts their card face down in the deck, while the cards are in the box. There’s nothing to suspect. The peek is disguised so well.
Just received this. Super, super clever! Simple. Elegant. I must disagree with those who feel using playing cards to 'record' information is not organic. I have waaay too many peek wallets, though my SAW remains my favorite. That being said, this is something that I will definitely use.I bought this and think it is an excellent tool to have in the arsenal!
This is a very clever, well-made and super easy to use device, and I'm really glad I own one! The peek is so easy to get, and you can re-peek multiple times if you need to.
If you perform any effects with playing cards, or do cartomancy readings, this device is natural and fits right in.
There's nothing "proppy" about this device. It looks exactly like what it is: a deck of cards, which is exactly what I want.
Well done, Eddie Raymond!
Just got mine! Sweet! Don't miss out! Better than any wallet!
Received the 'Peek Deck'. The kit includes everything you need to perform the effect(s).
The deck is very well constructed; simple & deceptive in its working and easy to perform. Elegant & organic in looks. Exactly as advertised by the creator. IMO a good Peek Deck for the working magician/mentalist. Besides the 'peek', the deck has other possibilities. Clever thinking, reasoning and logic has gone in creating this Peek Deck. I will be definitely using this.
Hi Eddie
Received the Peek deck today.
Firstly, thank you for the really quick despatch, I wasn’t expecting to receive it so fast. Secondly, just to say its a great tool and well worth the cost.
Much appreciated and I wish you all the best and look forward to seeing what else you may come up with.
David Ingleson
Mine arrived very quickly. It’s well made, does what it promises, and Eddie even throws in an extra gift. And the price is very fair to boot.
I just received the Peek Deck yesterday (I purchased it immediately after watching David's review on Magic Orthodoxy), and I think it's great. Really clever and well-made.
Hi Eddie,
I got the 'Peek Deck' this morning. Thank you very much.
I've just got to congratulate you on your gimmick. It's brilliant!
I'll be honest, after seeing the review on Magicorthodoxy, I had kind of guessed how it may have worked. And briefly toyed with the idea of trying to make something......!
I'm so glad I didn't. I would have screwed up so many decks of cards. And spent hours doing it and no way would it have been anything like as good as yours.
You really have covered every detail. I can't wait to use it.
It is absolutely worth every penny.
It is worth significantly more than $28. And to correct that imbalance I promise I will put in £10 to the Guide Dogs for the blind. A charity I support.
And apart from admiring the trick I've got to tell you I admire your philosophies too!
Well done mate.
Also thanks so much for the gift.
You are one of the good guys.
Best regards
Gary
I’m going to have so much fun with this!  What clever thinking and creativity with all the other products out there!

This is my personal device, method, and psychology released for the first time.

I am not mass producing this or jobbing it to wholesalers. I’m simply hand making you the best peek device on the market at a very reasonable price.

I’ve used the best and the most expensive wallets out there. NOTHING compares to The Peek Deck!

“EVERY” psychological subtlety for acquiring written down information is addressed in this one device!

FIRST AND FOREMOST -  The most important fact of “anything” you have a spectator write down for you to peek should be that it is an unimportant event! It should be like an afterthought. Like - “Let’s write that thought down so it is documented” - “Let’s write that down so nobody forgets it” - Let’s write that down so you don’t mess with me later.” Whatever logical reason you choose, it should seem irrelevant to you revealing it later. After all, if you could really know their thoughts, wouldn’t you just say it with no need for them to write it down?

So how do we make this a casual uneventful moment?

What we don’t do is take out a “special” wallet, a  prepared pen and paper pad, circle an area for them to write in, and then tell them to put it in the special compartment in my special wallet so nobody sees it. You should not have to put something written by a spectator in the back, or in a special slot of a  magic wallet - PERIOD!

So, if the written information is just a formality, an afterthought, where should I put it? First, if it’s that irrelevant, we shouldn’t even need a piece of paper.  “Let’s see, how about, what do I have here? Oh, let’s just write that on the back of a playing card,” which is a common item the magician has anyway, with of course, a sharpie that a magician carries also. Where to put it for safe keeping? How about the “MIDDLE” of the deck. DONE!

Hidden in the “MIDDLE” of a deck of cards - so innocent and so fair! And with zero moves - you know what they wrote!

I’ve always maintained that the information to get peeked can not be accomplished thoroughly with a  wallet. It just doesn’t make sense to place the information inside your special “magic” wallet.

Which brings us to what you now hold in your hands - the most clever, unassuming peek device you will every use!

WHAT YOU GET - Gimmicked deck, Gimmicked box, Clear carry case.